Hunting terrorists responsible for murdering CIA agents and kidnapping Travis, Jack fervently pushes his SEALS and the CIA, pulling out all the stops to rescue Travis before terrorists execute him. Jack walks the fine line between his duty to kill terrorists, his duty to be at the side of his cancer-stricken wife, and his duty to fulfill the promise he made to his dying mother to “watch out” for his little brother Travis, the brother he despises.

The fast-paced action in Warpath only intensifies when Jack is faced with an even greater challenge: stopping the implementation of Grand Jihad terrorist attacks worldwide. Readers will turn pages fervently to learn how he draws on his unique Indian talents and warrior mentality to save his family, his brother, and his honor.

Dr. Richard Blomberg has practiced medicine in the land of 10,000 lakes for twenty years. He grew up in an Iowa farm town, the oldest of ten kids, before serving as a Navy corpsman during the Vietnam War. For generations, Richard’s family has proudly served in the Army, Navy, Air Force, and Marines. Richard and Kim have five wonderful children, and by the grace of God, are still deeply in love after thirty five years of marriage.

Kim’s Nakota relatives fought at the Battle of the Greasy Grass (Little Big Horn). Writing Warpath allowed Richard to honor Native Americans and those who have served in the military by creating Jack Gunn, a Native American Navy SEAL extraordinaire. Warpath is his first thriller. 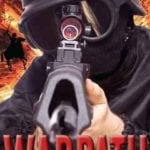