Tim Pelkey’s “The Ottoman Excursion,” is an Eric Hoffer Award Category Finalist!
“… The knowledge he brings to his work as a medical doctor adds an unexpected layer of interest and expertise to his narratives. It is this combination of skills blended with his talent for telling a great story that sets Pelkey apart. This second offering is bound to garner the same types of accolades as his first. He is an author whose work should not be missed.”
—Kat Kennedy, “The US Review,” May 2021

An American doctor travels to Izmir as part of a disaster relief team.

A Turkish researcher is asked to cure the incurable.

A young jihadist works to restore the caliphate.

In 1938, after a Turkish colonel hears a baby’s cry and rushes into a burning mosque, four present-day storylines become entwined. Part political thriller and part medical mystery, The Ottoman Excursion tells the stories of four men swept up in a conspiracy that extends throughout the Middle East and back in time to the most elite practitioners of the art of war—the Janissaries.

Tim Pelkey resides in Michigan with his wife Leslie. They have two grown children. Tim’s first novel, The Baljuna Covenant, won three 2017 IBPA Benjamin Franklin Awards, was a finalist for the 2017 NIEA Political Thriller Award, and was a finalist for the 2017 Eric Hoffer Award. It made the recommended reading lists for Kirkus Indie Reviews, Stevo’s Book Reviews on the Internet, and US Review of Books. The Ottoman Excursion is his second novel. 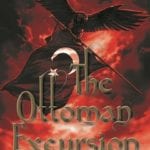