Skip to content
View cart “When Dreams Touch” has been added to your cart.

“A protagonist whose journey is both poignant and traumatic.”
–Kirkus Reviews

The Last Cruz is not your average girl’s road trip tale!

Up-and-coming ingénue Catrina Lang is burned out on Hollywood. Sick of paparazzi, her handlers, and her fans, she wants to cruise under the radar for a while, so she invites her loudmouthed sister on a backcountry motorcycle ride down Baja.

Cat is prepping for a role as a motocross racer, and Sissy races bikes back in Texas. The trip offers the sisters a trade: Cat gets her sister’s coaching, and Sis gets an all-expenses-paid vacation. Should be a win-win, but trouble starts when Sis brings along an uninvited friend. The getaway takes on new meaning when Sis’s friend turns out to be a drug mule, making the trio a target for the cops and the cartel.

Far from the average chick lit story, this road trip adventure spirals into a dark and suspenseful thriller when Cat finds herself trapped in a nightmarish race to make it home safely. She survives a violent mugging, a stint in prison, and a murderous rampage at a Day of the Dead parade, only to face a day of reckoning she cannot forget and may never recover from.

Caitlin Avery grew up outside of Boston, Massachusetts. After receiving a theater degree from the University of Colorado, she moved to Los Angeles, where she pursued an acting career for the next ten years.

Her love of writing was solidified when Caitlin chronicled her attempt to find love in LA. The result was her first book, Lightning in My Wires, and a chance encounter with a fellow Bostonian who would later become her husband. After the birth of their son, the trio moved back to the East Coast in 2010. She published Lightning in My Wires that same year and got right to work on her second book.

The Last Cruz is her first fictional novel. Caitlin resides with her family in Newton, Massachusetts, where she works as an in-home personal trainer. The job that was meant to supplement her acting income has become a lucrative career, and her flexible schedule allows her plenty of time to write, hike, bike, and run. She is a three-time triathlete and recently competed in her first Spartan race.

Caitlin is currently working on the sequel to The Last Cruz. Visit caitlinavery.com to learn more about the author. 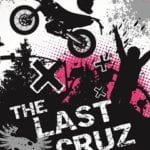