“…The strong character development works to provide a realistic portrait of pirate life and relationships…. Readers will find riches in a sequel that offers life lessons along with historical detail.”

Adventure, danger, loss, and forgiveness are at the heart of Bruce Rougraff ’s latest young adult novel. In the sequel to his first novel, Doubloon!, Tommy and his family return to southwest Florida to continue the fun, and this time they’ll try a little tarpon fishing. The trip is great fun until in the blink of an eye, Tommy finds himself propelled into a strange and terrifying new world—the world of a legendary pirate, José Gasparilla. Tommy encounters danger and misadventure at every turn and discovers the real origins of an old coin and an ancient curse. Just as Tommy realizes that all may be lost, he meets a ragtag group of kids. Together they learn that by working as a team, they can overcome almost anything, including pirate battles, sharks, and vicious wild animals. But will Tommy ever be able to find his way home?

Author Bruce Rougraff is a natural storyteller with a passion and gift for writing stories for young adult readers. Originally from Texas, Bruce spent every weekend on Galveston Island, digging for treasures in the sand. His stories reflect his desire to make reading an adventure for young readers. Bruce lives in Indianapolis with his wife. They have four grown children and two grandchildren 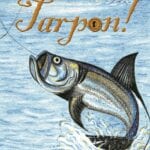