“…This reader was struck by the high quality of the writing in the prologue, which was a surprise – generally, both prologues and books-within-books are quite hard to pull off. In Pocket Change, however, both the prologue and the actual narrative work quite well together…”
—3rd Annual Writer’s Digest Self-Published eBook Awards

To purchase this ebook on Nook:

When a local man intentionally drowns himself, a murder that has been submerged for twenty years surfaces, capturing screenwriter Ray Boon’s imagination. Ray is compelled by the little voice in his head to find the reason for the apparent suicide. His search begins with a day-old newspaper story about a skeleton found in a Gloucester, Massachusetts, quarry and ends with the identification of the victim of a twenty-year-old murder and, possibly, her killer.

Duncan Putney is an accomplished actor as well as an award-winning screenwriter and producer. A graduate of the University of Massachusetts at Amherst, where he studied both business and theater, Duncan works as a professional actor in film, television, stage, and television commercials and can be seen in such films as The Judge, Mystic River, R.I.P.D., The Town, and Brilliant Mistakes, as well as TV commercials for Papa Gino’s, Budweiser, and others.

Duncan is also the creator of the Emmy Award-winning 7DAYPSA competitions, where filmmakers compete by writing, shooting, and editing public service announcements (PSAs) for deserving, local non-profit organizations that provide a needed service to the community. The winning PSA for each non-profit is broadcast for a year by local media sponsors.

In 2009, Duncan and longtime friend Andre Stark formed Original Concept & Development Associates to develop and produce their own projects. Currently, they have several television projects in the development and pre-production stages. Their short film/TV pilot, “Half Pint,” won a Van Gogh Award for best screenplay short film at the 2014 Amsterdam Film Festival. 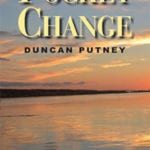