My Life in a Changing World

I wrote My Life in a Changing World primarily for myself and as an extension of my Ancestry report, but I think it has been a more interesting life than that of most people. I was the son of an immigrant father from Sweden and his wife who was a near immigrant who had worked as a seamstress and maid, and neither had been educated beyond ninth grade. This differed from the many others from that background during the Great Depression and World War II era in that my father put together a carpentry business that gave a net worth of $2 to $3 million in today’s dollars. This made for a good childhood, but it also made me careless in my schooling with well-off parents who could provide little guidance for schooling.

What also made me different was when schooling and the Army was behind me, I chose to marry a beautiful girl of Pacific Islander–Japanese descent, which was at that time against the law in the states near where we were living. Fortunately, one of them required only one person being present for getting the license, and a little white lie did the trick. Being married, however, did not solve all heritage problems as we both remember well that call to our hotel room a couple of years later at a business meeting in Montreal asking me to get that girl out of my room.

Work also made me different than others as I had a front row seat at the emergence of a banking industry from a local business limiting banks to a single state and having them operate under a strict plan acceptable to the regulators. For starters I wrote the American Banker’s Association planning guide for banks that sold over 20,000 copies and was advisor to the selling bank in the first interstate bank merger after it became legal in 1982. That was the beginning of bank consulting business and the knowledge that enabled me to write the book, American Banking: Through Crisis and Consolidation, a few years ago.

Also making me a little different was buying a second home in France’s Côte d’Azur a couple of years before retiring. There my wife and I spent a lovely 14 years, and besides writing the bank book mentioned above, I wrote a Traveler’s History of the Côte d’Azur. Unfortunately, my time there makes the latter parts of this book read a bit like a travelogue. 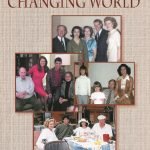