Recommended reading by Stevo’s Book Reviews on the Internet, November 2014.

Fifteen-year-old Justice Worth is summoned to the house of Eleanor Burby, an unknown aunt living on Mariner’s Hollow Island, miles off the turbulent Maine coast. Events transpire that are much worse than spending winter break apart from his friends back home, and turn his visit into a nightmare. A blizzard slams the island in all its fury, and in its midst, his aunt dies of an apparent suicide.

Trapped in her island home, stalked by ghosts within and a murderer outside, Justice begins to unravel not only the truth behind his aunt’s death, but the family secrets threatening to destroy his perception of those he loves most. Little about Aunt Eleanor’s death makes sense, but as Justice probes the lives of those closest to her, suspects multiply and new dangers arise.

Through it all, island spirits continue to haunt him, pushing him towards the family’s dark secrets, before the only living person who knows them all silences him forever, burying the truth in the one place where it may never be found: Mariner’s Hollow. 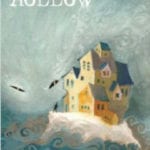