Tommy plans to return the coin and end the curse forever. But he soon realizes that the coin is missing, and his troubles begin anew!

Now that Tommy knows the full impact of the cursed Gasparilla coin, he plans to return it and end the curse forever. But he soon realizes that the coin is missing, and his troubles begin anew! In Bruce Rougraff’s third young adult novel, the finale of the Gasparilla Curse Trilogy, it takes the help of his brothers, his sister, and their neighbor Ed to try to recover it. Finding the coin becomes more of an adventure than Tommy or his family anticipates. They encounter ruthless criminals, modern-day pirates, swindlers, and skeptics who stand in Tommy’s way at every turn. To add to their troubles, the world has changed since he first met Captain Gasparilla. Tommy knows where the coin must be buried, but now it is impossible to return it as he was instructed. This unforgettable cast of characters must survive hurricanes, overwhelming odds, and—more than anything—self-doubt, to end the Gasparilla Curse once and for all. Does Tommy have the motivation it takes to overcome all these obstacles, or will his family be cursed forever?

Author Bruce Rougraff is a natural storyteller with a passion and gift for writing stories for young adult readers. Originally from Texas, Bruce spent every weekend on Galveston Island, digging for treasures in the sand. His stories reflect his desire to make reading an adventure for young readers. Bruce lives in Indianapolis with his wife. They have four grown children and two grandchildren. 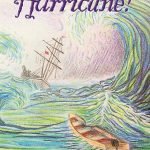