From Calcutta to Connecticut: An Intern’s Tale of Two Cultures (Hardcover)

Distinguished surgeon Dr. A. Ghosh Roy’s memoir From Calcutta to Connecticut offers a fresh perspective on the immigrant experience, the enduring lure of the American Dream, and how, in the end—even though we may express it uniquely—we are all more alike than we are different.

From Calcutta to Connecticut is a memoir by Dr. A. Ghosh Roy, a distinguished Boston-area surgeon who grew up in India during the tumultuous post-colonial days. With an eye for detail and good humor, Dr. Roy vividly recounts the culture of his homeland—the colorful festivals, the food, the traditions, kite-fighting, and yes, the snake charmers—and how he followed his dream of becoming a surgeon despite his family being of modest means. After graduating from medical school in Calcutta and going to work for a railroad company to provide medical care for its employees, Dr. Roy heard that American hospitals were looking for doctors to come and intern. He applied, was accepted, and found himself on a plane to Connecticut. His initial culture shock would slowly turn into culture embrace, and by the end of his year he would be a man now of two cultures, one foot rooted in India, the other in his newly adopted home. From Calcutta to Connecticut offers a fresh perspective on the immigrant experience, the enduring lure of the American Dream, and how, in the end—even though we may express it uniquely—we are all more alike than we are different.

Dr. Amitabha Ghosh Roy received his MD degree from the Calcutta University, Calcutta, India. He also is a fellow of the Royal College of Surgeons and a fellow of the American College of Surgeons. He was an assistant clinical professor of surgery at Boston University and is an instructor in surgery at Tufts University Medical School. He was the chief of surgery at the Milton Hospital in Milton, Massachusetts, where in 2005 he won the Lira Family Award for Physician Excellence.

An early proponent of Laparoscopic surgery, Dr. Roy held workshops in India and introduced laparoscopic surgery in eastern India. He taught medical students as well as lectured and trained young surgeons both in the United States and in India. Dr. Roy consulted and performed surgery for free during multiple trips to India. He also traveled to Haiti on a medical mission, where he supervised and performed surgery with local surgeons. Dr. Roy also taught Tufts University students in Haiti. Although retired from his general and vascular surgery practice, he continues to participate in the clinical rounds of the hospitals.

In his spare time, Dr. Roy likes to edit home videos to turn them into movies and enjoys photography. He is a Patriots and Red Sox fan and says even though he’s the worst golfer, he loves to play. 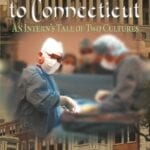 From Calcutta to Connecticut: An Intern’s Tale of Two Cultures (Hardcover)
$22.95