You might assume that someone who had moved twenty-nine times in their life—the last being to romantic Cape Cod in 2000— would be weary and eager to settle down and finally retire to a full-time life of leisure. For Deane Turner the opposite happened; he flunked retirement and had to reinvent himself.

Adrift in Memories: Lessons Learned Leading a Nomadic Life provides a refreshing look at how NOT staying in one place can help you find your center.

You might assume that someone who had moved twenty-nine times in their life—the last being to romantic Cape Cod in 2000— would be weary and eager to settle down and finally retire to a full-time life of leisure. For Deane Turner the opposite happened; he flunked retirement and had to reinvent himself.

In Adrift in Memories Deane shares how his desire to explore and travel started early with summer jobs during his high school and college years: crewing aboard schooners off Camden, Maine and Marblehead, Massachusetts, harvesting hay in the fields of Walla Walla, Washington, working in a cannery in Oakland, California, and hitchhiking home to Boston from Seattle. After graduating from Bowdoin, he continued to crisscross the United States in his professional career while ascending the ranks of five companies. In his final role with Union Carbide as an international management consultant, he literally traveled around the world. Over his twenty years with Lee Hecht Harrison, he helped thousands of people laid off by corporate restructuring reinvent themselves in new jobs and careers. His memoir recounts victories and losses, celebrations and despair, triumphs and failures. With each he shares valuable lessons learned he hopes his readers will find both aspirational and inspirational as they continue on their own journey.

Deane Turner was born in Boston, grew up in New England and attended Gardner High School where he was a three-sport athlete, including a  captain of the Gardner Wildcat basketball team that won the 1955 Worcester County championship. He graduated from Bowdoin with a BA in economics.

He enjoyed a distinguished international business career working for Union Carbide, Kaiser Permanente, Louis Allen Associates, Enlightened Leadership, and Lee Hecht Harrison (LHH). He advanced through production, human resources, sales, and management positions eventually rising to senior vice president and general manager at LHH. His most enjoyable work was as an international management consultant working with Carbide executives and employees in Asia, India, South America, Mexico, and Canada. During his twenty years with LHH, he helped thousands of people caught by corporate restructuring find exciting new careers and jobs. When he personally flunked retirement, he reinvented himself as a boat captain, a group leader for Grand Circle Travel, a writer, a career consultant, and a teacher.

Sailing and travel are two of Deane’s favorite pastimes. He crewed on schooners off Camden and Marblehead as a teenager and then graduated to running his own part-time sailing charter and school in Stamford. He sailed from Bermuda to Boston among the tall ships and eventually crewed on the twelve-meter America’s Cup contender American Eagle. He and his wife Gudrun have traveled together extensively in Europe, Scandinavia, Australia, China, and the Caribbean.

Gudrun and Deane have lived on Cape Cod since 2000 and have five children and eight grandchildren who love to visit them on the Cape and are actively pursuing their passions all over the United States and Canada. Deane and Gudrun are active in the Mashpee Congregational Church, the Mashpee Men’s Club, and the Union Carbide Retiree Club. 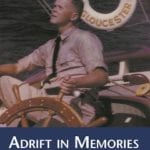