A dark, chilling novella about four hardened criminals navigating the crime-ridden streets of Boston under the terrifying control of “Bad Seed” Brown.

This 184-page novella is perfect for those who enjoy dark fiction writing.

It is a frigid winter—a cold night in a cold hearted city. Boston’s underworld is now dominated by Johnny “Bad Seed” Brown.

Not since the days of Whitey Bulgar has the city experienced such an influx of crime. Johnny’s reign of terror has affected the lives of four devious criminals: a jewel thief, an Italian gangster, a serial killer, and a hired henchman. All four men have unique, intense, and often grotesque stories to tell.

Some look to make money, some seek out blood, and others, only wish for survival out in the cold and dark Streets of Rage.

Richard Chandler is a seasoned writer, having published two books, and written several screenplays. Chandler is involved in the New England film scene and manages his own independent film company. His most recent feature length film, Heaven and Hell, has generated much local buzz. 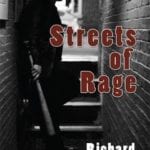